Congratulations To Our Students and Teachers
On Their Latest Musical Achievements
Extremely Difficult To Achieve, And Very Well Earned! Bravo! 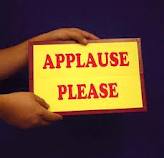 Heather R, High School Junior:  Accepted to the 2012 Grammy (NARAS) Musicians’ Summer Camp as well as the NYU Summer Institute of Music Technology, at the Steinhart School, with scholarship.

Abby B., Accepted as incoming freshman to the Los Angeles County High School for the Arts (LACHSA)

Heather Rivas, Age 13:  Accepted to the single position available for the Jazz Piano Major at Los Angeles High School for the Arts (LACHSA)

James Knapp, Age 16: Accepted as a transferring Junior to the Classical Piano Major at Los Angeles High School for the Arts (LACHSA)

Laurie Robinson, School director: Featured as a soloist on the PBS special with the New Orleans Philharmonic Orchestra. Also celebrated 57 weeks on the Billboard Classical/Crossover Chart with her composition and soloist performance on the EMI Classics release, Video Games Live, Vol. I

As a service to our communities during this uncertain time, we are offering piano lessons via group Distance Learning with our professional staff, at a discounted rate of 70% off (Normally $195/mo in a private lesson setting.)

We hope this will help kids, parents, seniors and everyone experience the joy, relief and life-long satisfaction that music can bring into our homes and our lives.

Scholarships are also available for low-income families. Please email the school office for scholarship information prior to registration.