An educator and clinician, Laurie Robinson is co-founder of the Southern California Piano Academy (2003), a neighborhood music conservatory and learning center for the study of piano, composition and music pedagogy. A music teacher for 30 years now retired, she co-founded the Santa Barbara SummerFest Music Camps program in 2019 (mission below.) Ms. Robinson’s educational scores for children and young ensembles are published by Alfred Music Publishing, North America. (Symphony, choir, wind ensemble and band scores for video games.)

Ms. Robinson holds the unique distinction of being one of the few living American women composers to perform as a soloist, her own creations with the major orchestras of the world, including the Los Angeles Philharmonic at the Hollywood Bowl, the National Symphony Orchestra at the Kennedy Center, Pittsburg Symphony, London Philharmonic at Abby Road studios and Royal Albert Hall, among many others. Her recorded music has been released by labels EMI Classics, Nile Rodgers’ Sum’thing Else Records and Curb Records.

Her numerous awards and credits as a record producer, composer and orchestrator include two separate debuts on the American Billboard Top10, Classical/Crossover Charts, “Soundtrack of the Year” from Play Magazine for the score to Advent Rising, a GANG Award and numerous GANG and NAViGaTR Nominations, and a “platinum album” arranger for a UK teen pop sensation.

Her guest lectures in education, music pedagogy and media composing include Women in Film, WorldCon and the Burbank Parent Education Council among others.

As a grant writer, she has secured over $300,000 in funding for her original symphonic commissions, orchestral performances and recordings, the school’s and camp’s educational outreach to low income and underrepresented students and instruments scholarships.  She is currently in the process of publishing her curriculum in modern piano pedagogy.  She is a proud member in good standing of the American Federation of Musicians, Local 47 and Music Teachers National Association. 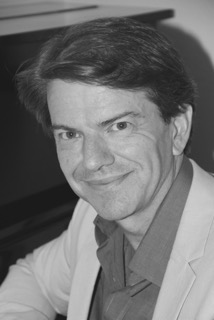 Emmanuel Fratianni has delighted and engaged sold-out audiences of American and International orchestras since 2009. Leading over seventy world-wide symphonies to date he is embraced by musicians and audiences alike, as a prodigious conductor of classical, multimedia, and pops programs.

Emmanuel Fratianni has led major ensembles including the San Francisco Symphony, Baltimore, Dallas and Detroit Symphonies, the Royal Scottish National Orchestra and lectures regularly in music institutions such as Eastman School of Music, Irvine Music Festival, International Conducting Guild and Montreux Jazz Festival. He is adjunct professor at the Ecole des Musiques Actuelles (ETM) in Geneva, Switzerland where he teaches music composition for visual media and is a former tenured professor of jazz piano at the Montreux Music Conservatory, Switzerland.

Mr. Fratianni’s musical career has expanded to include composing and conducting for film, TV and video games. He has worked for five seasons as an orchestrator and additional music composer on the courtroom drama series “JAG” and has recorded on all the major scoring stages in Los Angeles. He is an active member of the League of American Orchestra, Television Academy and International Conductors Guild.

Is an accomplished Symphonic, Choral, Musical Theater Pianist, and Professional Accompanist. He is currently pianist in residence with the Pasadena Community Orchestra where he also assists its music director as rehearsal conductor.  His many competition awards include first prize winner in the Bradshaw & Buono International Competition in New York and performance at Weill Recital Hall at Carnegie Hall.

Born in Manilla and raised in Los Angeles, George began the study of Piano at the young age of nine. He brings to his students the musical expertise of his professional work as well as the pedagogical lineage of his years of private instruction. He is a composition student of Bruce Reich, (former student of Penderecki) piano student of Konstantin Sirounian and conducting student of Ken Kiesler. When not publicly performing, George has become a veteran educator, having taught music and enriching the lives of children and adults for over 20 years in Los Angeles.

Mahlon completed a Master’s in Composition for Screen at the Royal College of Music in London and a Bachelor of Science in Composition and Philosophy with a piano concentration at the Jacobs School of Music. He studied composition with Sven-David Sandström, Howard Davidson, Don Freund, Claude Baker and piano with Oxana Yablonskaya and Luba Dubinsky.

Mahlon has a genuine passion for teaching students of all ages and experience, his approach to teaching covers primary knowledge of the fundamentals, music theory, piano hand technique and proper posture. His lessons consist of repertoire chosen from the student’s favorite music as well as the classical canon. He teaches a broad repertoire, from Beethoven and Bach as well as Scott Joplin, Film Music, Pop and Rock styles.

Mahlon won Best Score at the Los Angeles Film Awards 2019 and was featured in Vogue and Forbes Magazine, he was a Dean’s Award Scholar at Indiana University and New York Art Ensemble Emerging Composer in 2011.  In 2016 he composed and produced a cutting edge opera – Puck that was premiered at the Royal College of Music.

Nathaniel Fratianni is the product of a rich musical history. From as early as he can remember, Nathaniel was surrounded by different styles of music. Between his mother’s love for classic and progressive rock, his father’s importing of French and Italian pop music, and countless trips to the San Francisco Symphony with his grandparents, he developed a variety of musical interests.

His piano teacher during high school, Mr. Paul Hurst, encouraged Nathaniel to pursue a degree in music. That interest led him to La Sierra University. Here, he began his piano studies under the tutelage of Dr. Kimo Smith, and worked with him for over two years. After his time with Dr. Smith, he transitioned his studies to Dr. Elvin Rodriguez, under whom he studied piano and piano pedagogy. A multi instrumentalist since his youth, Nathaniel had the opportunity to continue trumpet studies in college with renowned session musician Dr. Rob Schaer. His involvement with trumpet along with piano has allowed him to play in the La Sierra University Orchestra, Wind Ensemble, Big Band, and Jazz Combo. With the Wind Ensemble, he had the prized opportunities of playing on a summer tour through Europe, and performing with the group in Carnegie Hall. He graduated in 2020 with a Bachelor of Music, Summa Cum Laude, Piano Performance. He now spends his time teaching private lessons and freelancing.